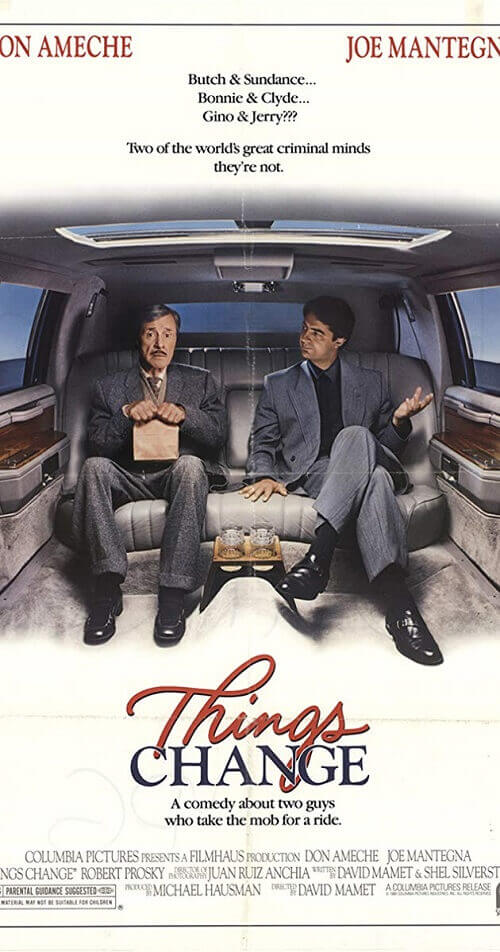 Things Change is a 1988 comedy film co-written and directed by David Mamet. As a playwright and moviemaker, Mamet is revered the world over for his intricate plots and brilliant dialogue. Things Change displays both of these talents to the fullest, using a typical Mamet ensemble cast.

Many of the actors in Things Change, including Joe Mantegna, William H Macy and JT Walsh, are regulars in Mamet films. They had all appeared in House Of Games, Mamet’s previous crime drama, in 1987. On the face of it, Things Change takes place in a similar criminal underworld, but Mamet manages to reveal the good beneath the superficial evil of the mobsters’ world.

A Plot of Misunderstandings

Veteran actor Don Ameche is the star of Things Change, playing a humble Italian-American shoeshine man called Gino. Gino is summoned by a Chicago mob boss and talked into confessing to a crime he didn’t commit. In return for a three-year jail stretch, Gino will be rewarded with his retirement dream; his own fishing boat. 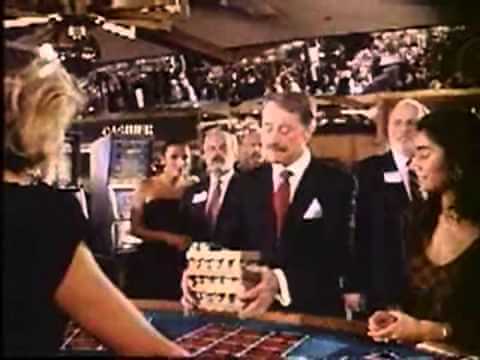 Mantegna plays Jerry, a low-level mobster assigned to keep an eye on Gino over the weekend preceding his confession. On a whim, Jerry takes Gino to Lake Tahoe for the weekend, where the two book into a resort and casino to play New Zealand online blackjack. Then the head of the local mafia mistakes Gino for an even more senior mob boss, and he befriends Gino, while Jerry is terrified that they will be found out. Back in Chicago, when Jerry learns he’s actually supposed to kill Gino, he is faced with some tough choices.

A bald outline of the plot does not do justice to a Mamet comedy, of course. His genius is taking simple, everyday language and using careful phrasing and simple repetition to create alternative meanings and clever comedy. At the same time, the humour is heightened by the constant menace undercutting the scenes, and viewers are never unaware of how much danger Gino is in.

The other key to the success of Things Change is the performances, particularly Ameche’s. His humble shoeshine guy, who is careful not to lie but is by no means a passive victim, is beautifully played. He makes the idea of a mobster so powerful that no one has ever heard of him believable.

Mamet is also known for ensemble work rather than star vehicles, and the other roles are also perfectly cast, leading to great interplay among the characters. Mantegna gets the tough-guy-with-a-soft-heart spot-on, and even Robert Prosky’s Nevada mob boss is a layered character, with levels of good and evil within himself.

Like all Mamet works, Things Change is full of convoluted plot twists, with characters trying to deceive each other constantly. Audiences need to be awake and paying attention to follow it all, and it will appeal mostly to those who enjoy clever, intricate dialogue, with meaningful pauses and silences that are just as important as the action. For those who do make the effort, however, Things Change presents a skilful blend of wit, violence and farce.